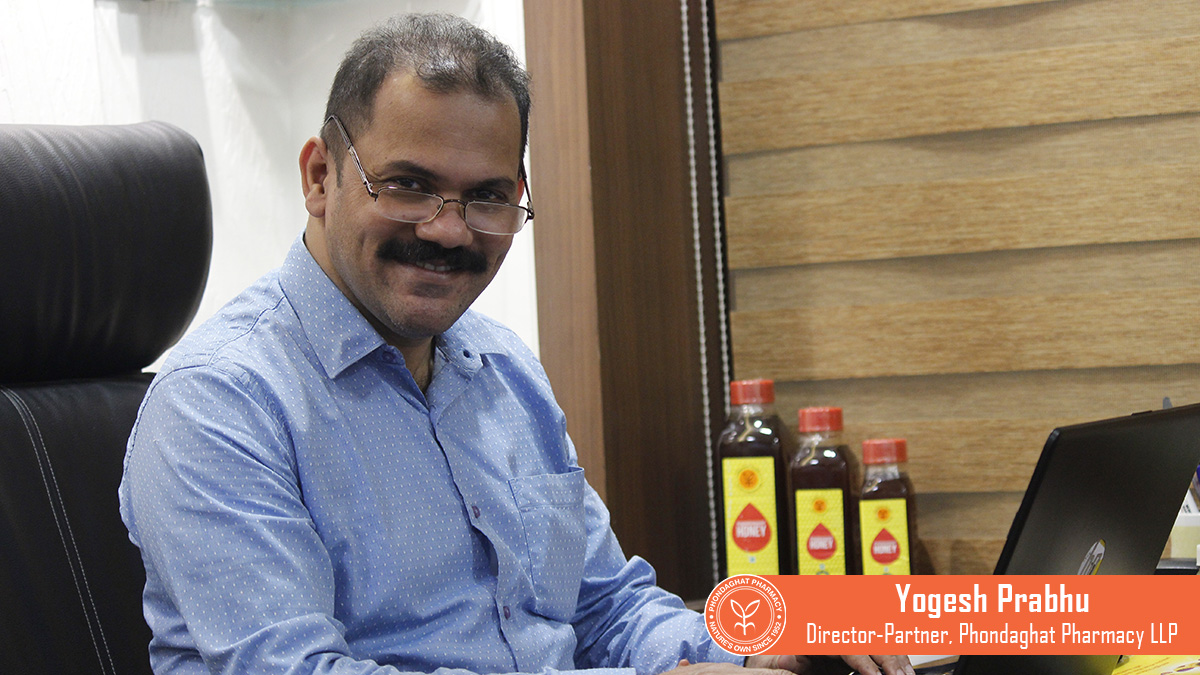 Honey NMR Testing | We have been hounded with calls and emails, thrashing us black & blue. Some innocent questions and many threats to shut us down. All for the rising hot topic of town – Honey NMR Testing! We talked to all kinds of customers, different shapes and sizes. Due to the recent honey gate fiasco. Unique questions and opinion came forward and helped us know our customers well. Some examples of our telephonic conversations around the Honey NMR Testing as follows:

None of the above are made up. Every question had one thing in common – Doubts and fear raised by a full-blown brand war. Honestly, we had a tough time handling our customers, but it was fun. For the first time in years, honey became a hot topic of discussion, though a lot of the debates were misguided – nevertheless, the outcome was interesting. The conversation around honey was long due and the last month of 2020 brought a new dimension to the talks. Here is our Super Boss Yogesh Prabhu joining in the conversation to decode the new talk of the town.

Yogesh Prabhu is the captain of Phondaghat Pharmacy. He keeps his business simple, driven by a core belief – customer satisfaction. He has been in the honey industry for decades and has witnessed the best of both worlds – the traditional as well as modern means of this business. Let us find out what he has to say about the fiasco.

The controversy of Honey NMR Testing…

“Nuclear magnetic resonance (NMR) is a physical phenomenon in which nuclei in a strong constant magnetic field are perturbed by a weak oscillating magnetic field (in the near field) and respond by producing an electromagnetic signal with a frequency characteristic of the magnetic field at the nucleus. This process occurs near resonance, when the oscillation frequency matches the intrinsic frequency of the nuclei, which depends on the strength of the static magnetic field, the chemical environment, and the magnetic properties of the isotope involved; in practical applications with static magnetic fields up to ca. 20 tesla, the frequency is similar to VHF and UHF television broadcasts (60–1000 MHz). NMR results from specific magnetic properties of certain atomic nuclei. Nuclear magnetic resonance spectroscopy is widely used to determine the structure of organic molecules in solution and study molecular physics and crystals as well as non-crystalline materials. NMR is also routinely used in advanced medical imaging techniques, such as in magnetic resonance imaging (MRI).”

Interesting, right? This excerpt is taken from Wikipedia. We all know how to use google, so all of us can be well-read and self-claimed scientists now.

Keeping aside the fundamentals of NMR, what it means to the consumer is, Here’s a general overview quoted – It is a newly found test that marks the purity of Honey. An ultimate test to find out any adulteration in Honey. It is done in a newly discovered ‘German lab’. Further remarks from the crowd of activism, NMR testing is done by all foreign countries and the Indian officials are sitting lazy and unwary of it. And taking undue advantage of this, the honey industry is making profits by using Chinese sugars.

NMR testing is not the controversy. It is the hullabaloo around it that is making the tides. NMR is not new to us and so is not this ‘German Lab’. We have been doing all kinds of tests as per the mandates and requirements of the government authorities and clients. We not only approach laboratories in India but also overseas facilities that provide with advanced technological analysis. Interestingly, this ‘German Lab’ has been doing our tests for years together.

The Food Safety and Standards Authority of India has laid more than 30 parameters that needs to be fulfilled in order to sell honey in the Indian market. Also, an NMR test is mandatory while exporting honey out of India. A very interesting thing to bring to notice – India has been one of the top exporters of honey.

And Phondaghat Pharmacy has been exporting to various countries, especially to many regions with the most stringent quality checks.

We carry out all the FSSAI laid tests every month, for every batch procured and every lot packed. These tests are carried out by National Accreditation Board for Testing and Calibration Laboratories (NABL) certified labs. As of now, the mandates do not include NMR. The initiative to bring NMR as a new directive has been in the pipeline for a couple of years. There are many factors to why this still stays in official drafts.

An initiative fired up in a debacle because some individuals observed that Beekeepers of India are losing business due to honey companies opting for adulteration with substances originating from China – the Chinese Sugar.

Adulteration is an ancient tradition and is present all around the globe. The reason for the uproar around honey is due to brands being at war against each other. Each of them is inclined to prove the falsity of their competitors. The taglines for marketing used to do so – Our honey is pure and for lesser the price. Such brand promises create a confusion among the consumers and in such times, misleading is easy as pie. For this particular #HoneyGate scenario (catchy hashtags are the new way to unite an audience), a good initiative has been mauled by ill research and hyper-activism.

The intention is appreciated, however, the measures taken to investigate are obnoxious. Moreover, the aftermath of this NMR investigation has turned out to be unfair towards the bee farmers.

Testing honey is an expensive affair. There are no easy litmus methods that can decide the composition of honey. With over 30 parameters laid by the authorities, we are already investing huge in the procedures. For every batch that we procure, extract, we must test them at source. Also, before bottling it on the production line, every lot must undergo the tests again. For complete profiling of honey, we spend over a Lakh – for one set of tests, these charges are barring NMR. Its our duty to have all tests in place so that our customers can rest assured when they buy Phondaghat Honey. Phondaghat Pharmacy is dedicated towards research and development. This not only is for the customer’s satisfaction but also our learning to do and give better to our consumers.

Most importantly, NMR testing is expensive and not many labs who do these tests are available in India. You may even get the tests done but who will interpret the same, as the labs can’t interpret these and give out opinions. Now the situation is, companies are asking the beekeepers to get all the tests including NMR done at the source itself. How are the beekeepers going to manage all this cost? We support all our farmers, and we will do so in future as well but our friends and peers from the same business have taken a massive hit.

Newer technologies are always welcomed with open hands but until and unless they are easily accessible, functioning and most importantly – inexpensive. Honey NMR testing is an under-process draft with the authorities. Here is an excerpt from the official FSSAI press release which explains quite much.

Regarding the utility and desirability of NMR for honey testing, it needs to be clarified that NMR allows rapid, but database driven detection and quantification of various chemical compounds, especially for authenticating the origin of a sample of honey. Prior existence of a database is a necessity for effective utilisation of this technique. No such database exists at present for Indian honey and hence, NMR testing will have limited utility. The cost of conducting NMR test is also quite high and the volumes available at present would not be sufficient to motivate laboratories for investing in this high-end equipment. In view of lack of database, high skill requirement, high operating cost and high capital investment; the scientific panel has opined that NMR is not required at this juncture. The scientific panel has also pointed out that India, of all the countries across the globe as well as Codex Alimentarius Commission, has the most stringent standards for honey. It may be added here that almost no food regulator in the world has so far mandated NMR as a test method for honey.

This official press release has received a lot of flak from the press, social media, activists, etc. And many news articles, blogs have written and re-written they opinions. Yes, the excitement for the investigation is immense and we want to be a part of it too. However, there seems to be no limit to opinions as they have overpowered the answers and clarifications from the companies, government, or even experts.

Some have even expressed their disbelief in NMR testing as they feel something will be soon invented to bypass that too. Going by this logic – there will be no end to this madness.

Honey NMR Testing or need of the hour…

Customers are still not aware about the fundamentals of honey. Its nature, texture, colour, etc. People still complain when honey crystalizes. They think its adulterated. When the (most) natural phenomenon of honey is misunderstood so easily, think about the possibilities of imagination that can be drawn with false information at hand.

The real need of the hour is to not bring down respectful companies and question their credibility and hardwork, but to make people aware of the righteous. Educate consumers to question the right things and not run over with misinformation. We need to provide our beekeepers and farmers with equipment, education, medicines, etc. Their skills should be honed, and they need to be trained to manage their land, labour, raw materials, and the costs management for buying and selling their own-grown products.

Phondaghat Pharmacy has been in the honey industry for over 70 years now. We have witnessed all the struggles that our ancestors braved through while procuring honey. We have come a long way from getting small batches of honey for family and friends, to providing quality and variety of honey to leading food product manufacturers, pharma companies and making way into the retail market as Phondaghat Honey. For over seven decades our family has worked with the local farmers, government bodies, consumers, etc., to make better products and make our products better. And each of them play an important role to keep the ecosystem healthy.

There are more than a few things to consider before we blame anyone in a particular business. A few bad apples in your basket cannot malign the beauty of the apple tree.

Lastly, this was just a general view of the actual happenings. We will surely dig in further to see what the aftermath is in details. For now, signing out. 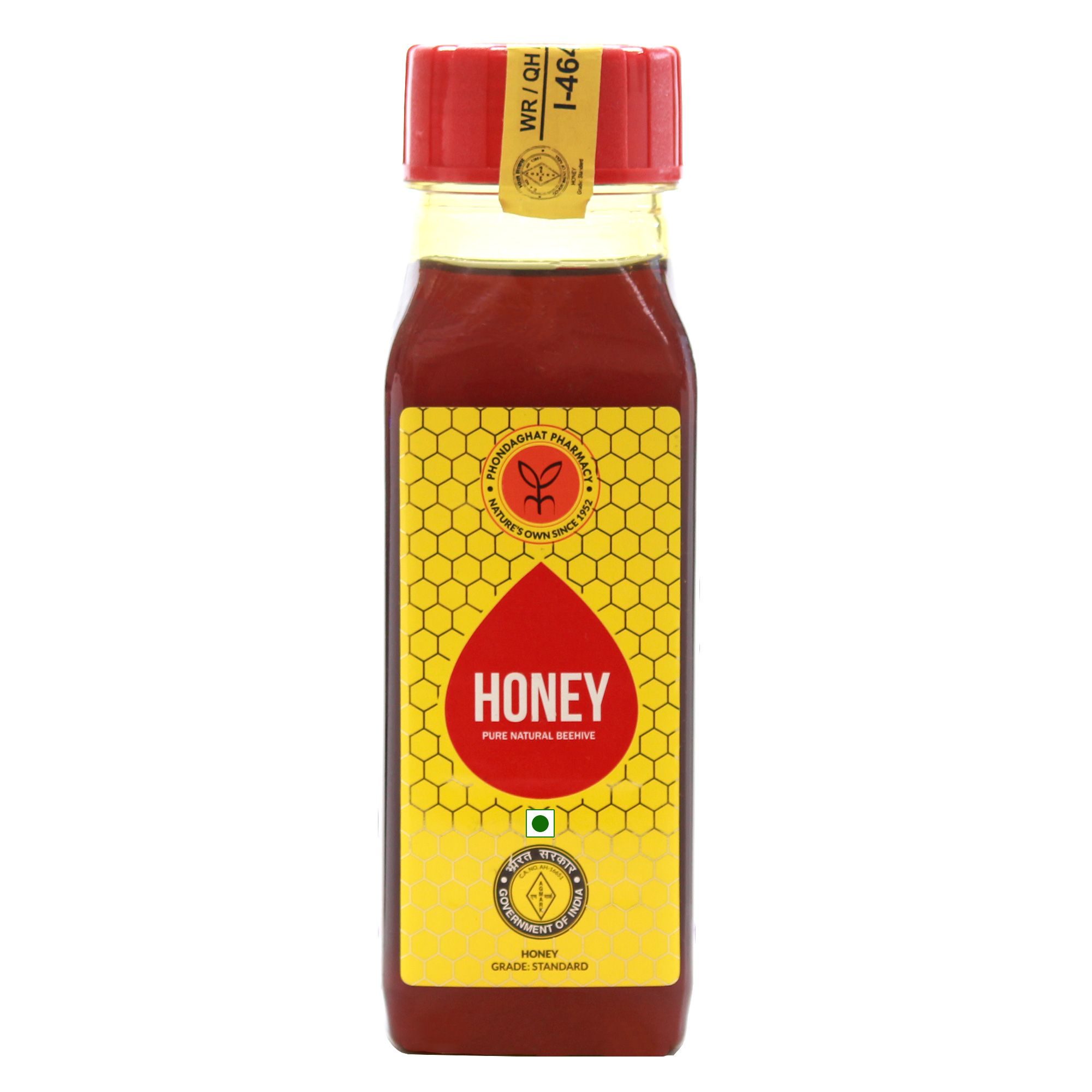